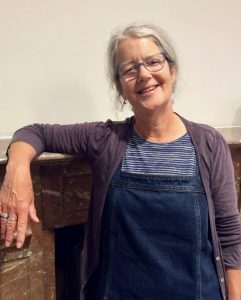 Shelia Gore, Chair of Council Matters welcomed everyone to the meeting and began by giving a brief update on some of the queries raised in the last minutes.

This included confirmation that Mendip District Council (MDC) will be reinstating the dog bin in Trinity and the consultation on the potential floodlighting at the Mary Baily tennis courts is set to start 30 June with event at tennis club. Finally, it was added that the Frome Town Council (FTC) are looking into adding gates to the gaps in hedging around the play area on the Old Showfield.

During questions and comments from the public MDC Cllr, John Clarke wanted to make sure everyone was aware that there is now lots of information available on MDC’s website about the Saxonvale development planning application. It is such a significant planning matter FTC are holding a public meeting at The Assembly Rooms on 13 June from 6:30 – 8:30pm, where local residents can hear from the developers and other stakeholders, ask questions and give your views on the application. Find out more here.

Environment Manager, Chris Stringer then gave an overview of what’s been happening in the town’s parks and green spaces, from day to day to care such as cutting grass and feeding plants to tree planting and a new look for the corner of Victoria Park. He also covered what local residents can expect to see in the future, which included Wild about Frome, play area improvements at Packsaddle and Tower View as well as the final set of steps at Millennium Green. You can read more here.

Next it was time for the Cllr’s to review the open space management and improvement plans for Rodden Meadow and Millennium Green. Chris started with what has been achieved over the last two years; a cared for meadow, new benches and bins, tree works and tree surveys, Mayhem in the Meadow events and the ancient Sycamore being retained. Moving on to what comes next, he described ideas to create a more diverse wildflower meadow, as well as a natural play space, provide more places to sit down and enjoy the views, a new willow sculpture and working on a more inclusive route at Millennium Green. The plans were approved and adopted, you can find out more about them here.

Finance Administrator, Hannah Paniccia then explained the financial report at 30 April 2019, which shows income and expenditure, the balance sheet, spending on items over £500 and status of reserves, all of which can be found here. There was a discussion around ensuring that FTC’s funds are invested ethically in line with our recent climate change emergency declaration and balancing this with a duty of care to the town’s funds. A review of some recommended amendments to the Council’s Financial Regulations were also agreed. Read more here.

This was followed by a presentation from Marketing and Communications Manager, Rachel Griffin, on what the team had been up to recently which included delivering projects such as the People’s Budget and supporting the delivery of high quality communications and events. She explained that the aim is to always be open, accessible and informative through all communication channels. Some headline figures were: 222 press releases written and 85 posters and leaflets created in the last 12 months. Read the full report here.

An update on Frome Town Hall and future plans showed that the Town Hall continues to be home to a number of tenants: Fair Frome, Frome FM, Active & in Touch, Frome Learning Partnership and WHY. It is well used to host interesting and varied events with 172 taking place over the last 6 months. The budgeted income from the Town Hall remains the biggest risk to the budget this year. Although, a number of provisional bookings and initiatives such as pop up food events are being examined to improve this. You can read the report here.

The meeting finished with a  brief update on Health and Safety, including recent staff training, which you can find out more about here.

The details of everything mentioned above can be found at www.frometowncouncil.gov.uk and the next meeting is Town Matters on 19 June. Follow us on Facebook, Twitter and Instagram to keep updated on everything we’re up to.