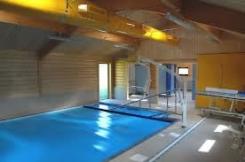 Frome is blessed with both a huge number and range of groups run by volunteers. But as austerity bites and funding from central government is cut, the challenge of their work is ever increasing as the funding pot decreases. Recognising th…is, the Town Council has significantly increased funding as well as providing ongoing support to build their ability to survive and thrive. Cllr Peter Macfadyen says “It is core to our principles to work with Frome’s voluntary groups so that there is a fallback position for those in need, and to build a stronger more vibrant community”.

How the council will be making grants over the next year will be revealed at a public meeting, the details of which will be announced shortly by Frome Town Council on their website and within social media starting with free refreshments. This is also a major networking opportunity for key people from the voluntary sector, which is a wonderful chance for likeminded people to meet and share stories and support.

Harry Fox was born perfect on Dec 1st, 1998, in the Maternity Ward at the Royal United Hospital in Bath, tragically Harry caught an infection and suffered a complete shut-down on day 4. He spent weeks in intensive care, but despite surviving he was left profoundly brain damaged. Harry was about as bad as it gets – he couldn’t move, swallow, see, hear or blink. His parents Digby and Paulas’ job was to make him as comfortable as possible, and give him love.

They discovered the best thing they could do for Harry was to swoosh him around in a warm bath. He would relax completely, and there was a sparkle in his eye. The only time he ever moved anything was when they took him to a very warm pool. This tested ‘blind’ child would look at the lights in the wall and when his parents turned round to walk the other way – he would struggle and move his head to see the lights properly on the new side. It was clear, he loved this. He would go in the pool tucked in a ball and come out completely loose, stretched, relaxed and content, and he’d sleep soundly. It was his way of smiling.

Digby and Paula learnt the best form of treatment for Harry and people like him is hydrotherapy – physiotherapy and multi-sensory stimulation in a specially heated facility. Hydrotherapy can help a huge range of ailments, from arthritis to cerebral palsy, and it’s extremely effective for those with mental, sensory and learning difficulties. Hydrotherapy, however, while being simple and effective, is not that easy to come by. Harry did not have access to the one therapy, which would have brought him the most benefit and stimulation.

Sadly Harry died at thirteen months, on December 28th, 1999. He’d fought valiantly through numerous infections and illnesses – a real trooper. He was a much loved and cuddled little man who gave his parents great joy throughout his short life. With his beautiful big brown eyes he would reach out and grab people’s hearts.

The charity began in the face of a tragedy in the full Greek sense of the word. But out of the gloom came the seed of an idea. Since this tragic time Digby and Paula and the small team of trustees have worked tirelessly with their charity Harry’s Hydro Charity to raise funds for a hydro pool for the people of Frome, and in November 2012 they opened their doors. Harry’s Hydro Charity is the only hydrotherapy project in the UK to win a national Special Need Small Projects award, becoming a centre of excellence in the process and families who need the facility are moving into Frome to access usage to the pool, a remarkable achievement and such a wonderful legacy.

In 2013 Harry’s Hydro were fortunate recipients of a Frome Town Council grant, which enabled them to have the confidence to dig the first hole and start the build. From the beginning, Paula and Digby had been determined to establish how much the pool would cost to run each year and to make sure that the Frome users and community could afford this. They did not want a white elephant but rather a vigourous, viable, well used and full facility that would contribute to the lives of hundreds in the community. Just before they were due to start the build, sadly one of the main users, Critchill Special School, suffered a large budget cut as the economic downturn took hold. This in turn meant they could no longer afford to fully pay for their sessions at Harry’s Hydro. As the hydrotherapy lease with landowners Somerset County Council specifies that the school has to have a set number of much needed hours a week for their pupils, this put the on-going viabiliity of the hydro in doubt.

Whilst they had all the funds in place to pay for the build, the trustees were not then able to guarantee all the annual running costs. Without this money from Frome Town Council for 2013, the facility would not have been built and all the hard work of hundreds in the community who have raised funds for over ten years would have come to nothing. Harry’s Hydro is an amazing project, and one which demonstrates what’s possible when people work together.

Published
17 March 2014
Last Updated
19 January 2021
Published in
News
Previous
The Dippy and Edventure
Next
Frome – One of the Best Places To Live in Britain!
Report
Report an accessibility problem