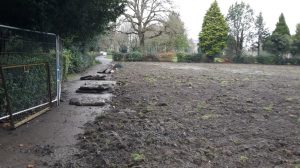 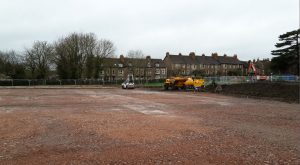 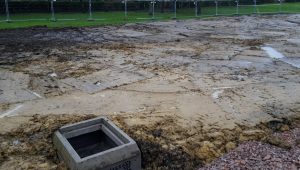 Our Environment Manager has inspected the depth, composition and levels of the base layer – and happily everything was approved and signed off.

Despite the wet December – and now a wet January, for added measure – the project is running nicely to schedule. Which means the courts should be finished and good to go this spring!

With this first major stage of the works inspected and signed off, the project can now progress, with building the next layer of court foundations, looking something like this:

We’ll be working to have the footpath that runs by the old tennis courts open again ASAP too – although please note that this path will likely be closed for at least another fortnight.