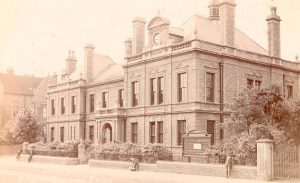 The last Council Matters Meeting of 2018 started with a welcome from the Chair and Councillor Shelia Gore.

Looking at the previous minutes it was confirmed that all the old Mendip toilets had now been demolished and the promotion of event applications for the People’s Budget events had begun. Find out more here.

In the questions and comments from the public, local resident Gill Fone mentioned that she would like to see the old Singers artefacts at the Foundry Barton site looking good for Singer’s 100th anniversary. Environment Manager, Chris confirmed would that the Rangers would be looking at this.

Cllr Adam Boyden offered the latest from Mendip District Council (MDC). Acorn Property Group will be having an exhibition at the Silk Mill in January with regards to developments at Saxonvale. He also reported that due to recent cuts by the County Council the Leader of MDC has made the decision to increase funding for Mendip CAB for 18 months.

Community Project Officer, Emma Parker presented the first item on the agenda; the new open space management plans for Packsaddle and Tower View since Frome Town Council (FTC) took it on from MDC in July 2018.

She talked through the public consultation and events that took place in October and November encouraging local people to share their views on the areas, what they liked or didn’t like about the space and what they would like to spend £7,500 on. In Packsaddle, 73 residents took part and overwhelming voted in favour of spending the full amount on play equipment. In the Tower View area 48 people voted with the majority choosing to spend the money on play equipment.

Chris Stringer, the Environment Manager then outlined the improvement plans for the areas along including the risk assessments and, Councillors unanimously agreed with all the recommendations. You can read the report here.

Next, Laura Hales, Marketing and Communications Assistant presented an update on recent events that team has planned, supported, promoted and delivered in the last quarter and the important role that they play in meeting FTC’s strategic goals, engaging with the local community and enhancing civic pride. Councillors noted that it was good to see the quality and quantity of FTC events increasing. Take a look at the report here.

This was followed by a financial update from Business Manager, Sarah Williams. Sarah explained that is was likely that there would be slight underspend at the end of the financial year and said that FTC remains finically sound. She concluded by noting that work is progressing on the 2019/20 budget and work programme which will be presented to Council on 23rd January 2019. Get the update here.

Chris then introduced a new report on the upkeep of Frome Town Hall, now that the Council have been in the building for a couple of years. He pointed out that there are elements that need looking at each year such as fire safety and electrical testing, as well as improvements works such as painting, cleaning windows and signage. Councillors commented that it was good to see a report like this to help the Council look after its most valuable and business-critical asset. Find out more here.

The meeting ended with a short update on health and safety and training in which it was highlighted that two more Rangers have been trained to climb trees and deal with essential tree surgery confidently and competently. You can find the details here.

Finally, Shelia wished everyone a happy Christmas and that she looked forward to the next meeting in the new year.

The details of everything mentioned above can be found at www.frometowncouncil.gov.uk and the next Council Matters meeting will be on 20 February 2019. Follow us on Facebook, Twitter and Instagram to keep updated on everything we’re up to.