On Wednesday (20 January) the Town Council will discuss its budget for the coming year starting in April. 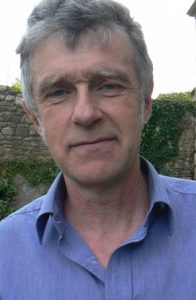 The County and Districts will also be setting their budgets in the next few weeks.  I have some sympathy for them as both have received major cuts (up to 40%) in government support over the last few years. This is now beginning to show in terms of local services.  Traditional services, that we have all come to expect, are disappearing fast all over the country; in some counties for example there soon won’t be funds to repair roads or provide proper care for the elderly.

Unlike the Town Council, they do however receive Government funding. Of the three local councils, only the Town Council will raise, and more importantly spend, 100% of its budget in Frome.

So we as a Town Council have a dilemma, do we accept the apparently inevitable and continue to manage a limited number of services or do we expand our role to try and fill some of the gaps? We have decided on the latter.  Mostly we will do this by providing a greater degree of co-ordination, innovation and funding for a whole raft of voluntary and charitable organisations across the town – for example, the Citizen’s Advice Bureau, Fair Frome and Harry’s Hydro. We will be opening the new Town Hall as a place where groups such as these can operate (with a small proportion for the Town Council to use). We have also decided to take on some of the traditional responsibilities of the District, accepting responsibility for land like the Dippy and the Old Showfield, improving the town centre, enhancing the reputation of the town, and providing co-ordination for local business development.

In setting the budget for 2016/17 we have kept costs to a minimum, we have also heard loud and clear that some items need to be beefed up.  These include – amongst others – ensuring the Victoria Park toilets are open every day; that paths in the Old Showfield, Victoria Park and Dippy are improved; and flowers are brought back into the town centre.

To meet these additional costs and improve the service the Town Council provides, I will be recommending a rise in the ‘precept’ (council tax) at the Council meeting on Wednesday at 7pm in the Medical Practice.  This will amount to an increase of just under £12 per year, or about a £1 a month, for properties at what is seen nationally as the average (called band D). It’s important to point out that over three quarters of Frome properties fall below this band D, so their increase will be less.

We have not increased this Band D Council Tax amount in the last three years despite constantly increasing the services we provide. We have, however, worked hard to find ways to raise funds from other sources and over the past three years we have directly attracted or helped to raise funds amounting to over £650k.

In short, I am proud to lead a Council that is ambitious in these times of austerity and which has also found ways to bring very significant funds into Frome above and beyond this taxation.  Details of the strategy and the proposed work-plan and budget are all on the FTC website.  I believe they represent a pragmatic response to these changing times when more and more services are of expected from community groups and individuals.Yours