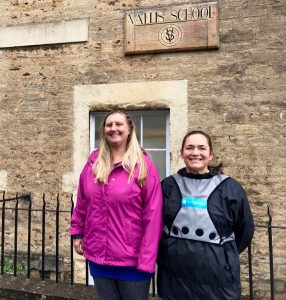 Frome Town Council has partnered up with DEKA Running to launch a new running group in the town.

The School Gate Running Club is an initiative that aims to encourage parents or others who are dropping children off at primary school to get together and run. The runs are also open to anyone else from the local area who is interested in joining in, no matter whether you’re a complete beginner or someone who has run before.

Laura Francis from DEKA Running said “The first School Gate Running Club in Frome recently started at Vallis First School. Taking place each Thursday at 9am the group is led by a qualified Run Leader and is suitable for all levels. No special kit is needed, the runs are free to join in with and they are friendly, fun and sociable.”

The school gate running club follows the format of a Couch to 5k group, gradually building up the distance run and ensuring people learn about warming up, cooling down and avoiding injury. The group also hopes to become sustainable by encouraging more people to become Run Leaders.

Laura continued “The Vallis group is being led by Juliet who previously completed one of our Couch to 5k courses. She enjoyed the group so much that she went on to become a Run Leader herself and that’s what we hope will come from the school gate running clubs too.”

Anyone who’d like to join in with the Thursday morning runs can find out more here.

It’s hoped to take the school gate running group to other primary schools in Frome eventually. Any schools who are interested in finding out more about this can contact Frome Town Council Health and Wellbeing Manager Nicola Cretney for more information.