Somerset is a large county of 550,000 people, with a wide mix of urban and rural communities and is generally regarded as a nice, prosperous place to live.  However, 19 council wards in Somerset fall into the 20% of English areas classed as the most deprived. That makes Somerset County Council’s recently announced cuts to youth and care services of £13m this year and further £15m cuts next year quite hard to take.  An additional £240,000 cut in help for young carers will be reviewed in the new year. 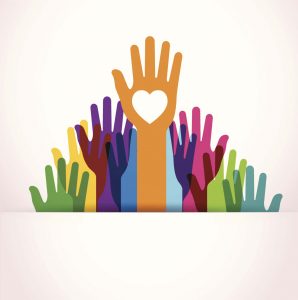 A large slice of the cuts will affect children and families who need a little extra help in achieving their potential.  Primarily this means the end of the ‘GetSet’ programme and 80 associated jobs, which help prevent vulnerable young people ending up in social care. According to SCC’s own figures, over the last 12 months, an average of nearly 300 families across the county were receiving individual support from ‘GetSet’ staff.

In Frome this will mean the end of ‘Bumps and Babes’, and ‘Stay Play and Learn’ sessions at the Key Centre and Vallis Youth Centre.  The long-term future of the Key Centre itself is now uncertain. Cllr Kate Bielby, the leader of Frome Town Council, has written an open letter to SCC councillors to oppose the cuts and ends the letter with these important words, “Initially, the proposed cuts will affect the most vulnerable but poor decisions made now will inevitably affect us all.” SCC is also proposing cuts to the gritting of roads, which in Frome will mean that Berkley Road and Rodden Road for example will no longer be gritted in icy cold spells.

What do you think about this?  Take part in the consultation here: www.somerset.gov.uk/have-your-say/consultations/ you have until December 31st to voice your opinion.