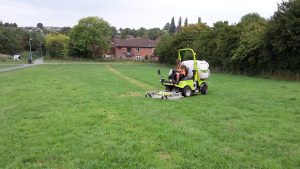 Frome Town Council have thanked everyone for taking part in the consultation about Frome’s new orchard and are now asking the Town to share their name suggestions before it’s too late.

Comments from residents have been overwhelmingly positive with nearly everyone in favour of the idea. With one local resident commenting, “I think local projects like this are great for the surrounding community and encourages people to respect our shared spaces more.”

Respondents to the consultation also shared their thoughts about what they generally like about the area and what they would like to see changed. The open green space, paths and the gym equipment were highlights and people are welcoming the completed path improvements coming soon.

Suggestions for what the Old Showfield users would like to see at the orchard included beehives, a summer house and accessible paths. Some also shared concerns about potential vandalism and maintenance of the area.

Mayor Richard Ackroyd said, “Preventing anti-social behaviour in public spaces is something to be aware of and we will be working hard to minimise any risks. As the project progresses we will be working with the community and local schools to ensure that this is a community owned resource that local people can be proud of and will want to look after.”

The Town Rangers have already completed an early cut of where the paths at the orchard are likely to go. The initial planting for the orchard will start in mid October with a celebratory event planned for Apple Day on Sunday 21st October from 12-3pm.

So far there have been 79 name suggestions for the orchard ranging from direct descriptions to fantastic fantasy lands, but there is still time to add yours to the list just email info@frometowncouncil.gov.uk.