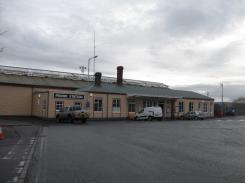 On Thursday 20th February there will be a celebration at Frome Station to celebrate the completion of a major renovation project by Network Rail. The event is being hosted by First Great Western who manage the station and run the local rail services, and the Heart of Wessex Rail Partnership whose voluntary Community Rail Team from all along the line will be there in force during the morning to help prepare the station for the event. The Mayor of Frome, Councillor Dickon Moore and members of Frome Town Council will preside over the celebrations, which will begin at 12.00 mid-day.

Frome Station is a unique example of historic railway architecture of national importance due to the timber construction of the train shed, which is one of the oldest still in use. Frome Station was originally part of the Wilts, Somerset and Weymouth Railway designed by J.R. Hannaford and opened in 1850. It is now a Grade 2 listed building.

The detailed and painstaking restoration project took over six months to complete by a specialist team from Network Rail, and cost £700,000. 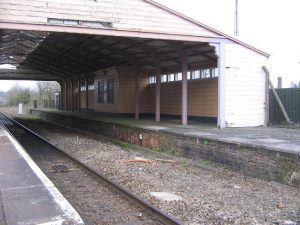 Andy Fant, Senior Asset Manager for Network Rail says: “The condition of the station had deteriorated significantly over its 164 years of service and we identified that extensive refurbishment of the timber work and a renewal of the electrical system were required to safeguard its future, not just because of its heritage status, but also due to its importance to the community of Frome given that there has been a doubling in the number of passengers using the station over the last ten years.

The project has taken longer to complete than was originally intended. Despite incredibly detailed examinations of the structure at the outset to identify the necessary works, it was only after work commenced and a truly intrusive examination of the hidden parts was possible was it realised that the extent of the work was more significant than had been anticipated.

After considering the options, Network Rail took the decision to invest the additional resource required to ensure all the additional repairs and renewal of the timber structure identified were undertaken as part of this scheme” 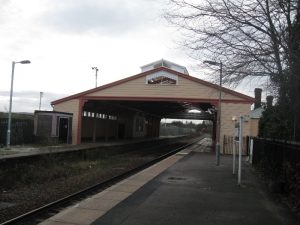 The Mayor of Frome, Councillor Dickon Moore said, “We are absolutely delighted with the investment in this precious historic building which, as a gateway to our town, creates a unique and memorable experience for visitors. The railway is a vital link for our community to Weymouth, Bath, Bristol and beyond and we have seen substantial increases in the numbers of people using it over recent years. We see the station as a shared community asset and part of our heritage and following this superb piece of work by Network Rail will take more pride in it than ever.”

Andy Fant adds: “The Councils, Conservation Officers, the Friends of Frome Station, First Great Western and the local community have all played a part throughout this £700,000 project, undertaken by Network Rail, to ensure that the station is able to serve this community for the foreseeable future, as it has done so ably in the past”.