Please see below the results of the General and Town and District elections for Frome below. 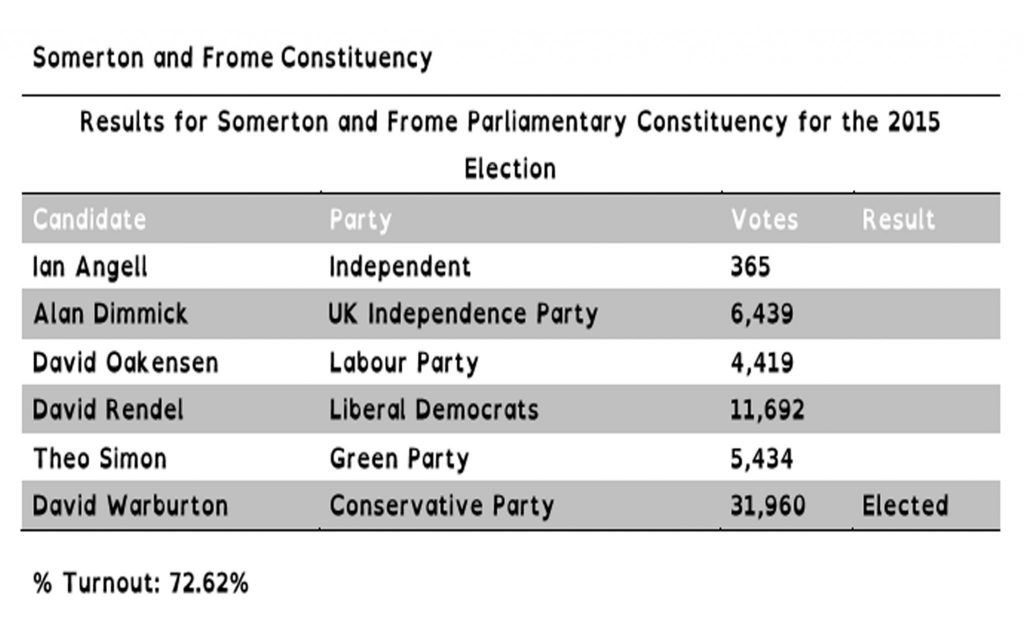