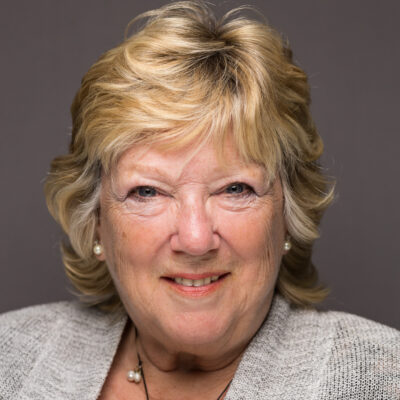 Anita moved back to Frome in 1978 after a ten year spell in London working in magazine advertising in Fleet St. She worked at Land Travel in Bath as Sales & Marketing Director. She married and had two sons as well as numerous interests including sitting on many committees, being Chair of Frome College PTA and being a College Governor for four years. Anita ran her own party plan business selling pottery and china, as well as being a registered child minder and running her catering business. She also managed several fundraising events which together raised over £10,000 for local charities. At the same time, she organised annual European coach trips for women which lasted over fifteen years, followed by another five years of organising European & UK trips for couples. Anita’s work in Frome restarted when her children were 7yrs and 9yrs old, beginning with five years at IBS in event management, with the last ten years spent working for Virgin Mobile/Media until she retired.

She is extremely passionate about what goes on in this town and her interests are mainly to do with communities and neighbourhoods, green spaces and supporting local businesses. She is also a Director of Fair Housing for Frome, which aims to alleviate the problems of those struggling with homelessness and rent issues. She is very proud of this town and the many organisations who work tirelessly to make it the caring and compassionate town that it is.