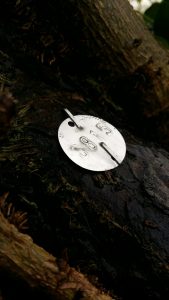 More importantly, however, the tags also correspond to a set of detailed condition surveys being undertaken by an independent arborist (a tree expert, to you & me). These surveys will help inform the management of our trees over the upcoming years.

Based on the observations and recommendations made in these surveys we’ve started to complete and schedule a variety of tree works across the town’s parks and green spaces. This has already included simple but important husbandry works, like the mulching you might have seen in Victoria Park; and removing the Ivy and the basal epicormic shoots from the Lime trees in Welshmill.

Since a number of the town’s parks and green spaces are in Conservation Areas, certain tree works will be subject to permission from Mendip District Council too. Examples include Victoria Park and Welshmill, both of which are in Conservation Areas. As such we’ve submitted a Conservation Area application to Mendip District Council proposing a variety of tree works in Victoria Park. This proposal includes felling 13 trees for the long term management of the park’s tree stock. Of these 13 trees, perhaps the most prominent by a combination of size and location are the following:

Over time we’ll be planting new, replacement and succession trees across the town’s parks and green spaces, including planting in Victoria Park and on Mary Baily this winter/spring to balance any trees that come out. Please get in touch if you have any queries about the works being proposed for Victoria Park admin@frometowncouncil.gov.uk