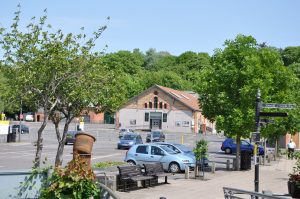 The review of Mendip’s Car Park Strategy has thrown up some serious concerns and following discussion with local stakeholders, the Town Council has called for the District Council to re-think its approach.

Commenting on the proposals, Cllr Mark Dorrington said, ‘Proposed season ticket increases are particularly steep and if implemented should be phased in over several years.  The increases in car park prices generally are stated to be in line with inflation but in practice for Merchant’s Barton, they are an increase of up to 64%.  This needs to be seen in the context of what town centre users and businesses have said to us about parking.  The 2017 Frome Town Centre Benchmarking Report prepared by People & Places indicated that 72% of businesses surveyed regarded parking as a negative issue compared with 51% nationally. While in 2016, 74% of town centre users considered parking in Frome to be a positive factor, in 2017 it fell to 19%.

We have some other concerns namely that the Car Park Strategy is not clear about the cost of car park operations which the District Council says is the justification for raising prices. It is also not clear about how any surplus revenue that is generated will be re-invested.  It talks about the opportunity to develop parts of the Cattle Market and North Parade Car Parks but says nothing about how the loss of car parking capacity will be addressed elsewhere e.g. Saxonvale.

We have had extensive discussions with Frome Chamber of Commerce and not for profit organisations such as the Cheese & Grain and The Frome Independent.  All have highlighted that the proposed introduction of Sunday charging will have a serious impact on the events that are held in the town centre especially if the District Council starts charging for the spaces that are taken up by stalls and traders’ vehicles.  It may also add to the problems of on-street parking in neighbouring residential areas as people seek to avoid paying the new charges.’

Steve Macarthur of the Cheese & Grain said, ‘The Cheese & Grain estimate the potential loss of their turnover would be in the region of £70K to £80K pa if Sunday hires are cancelled and their own Sunday events have to be cancelled. One of the bigger annual events (South African Day) that brings 3,000 people into the town is already looking for a venue somewhere else as a result of the proposed Sunday charging.  If the C&G stopped running big events on Sundays other businesses will lose money include hotels, B&B’s, taxi firms, food and drink suppliers & printers.  Lost wages would mean less money spent in the local economy.’

The Town Council is calling for urgent dialogue with colleagues at Mendip about this issue.  A detailed report has been published that highlights our concerns which has now been shared with the District Council as well as local interest groups which can be found at www.frometowncouncil.gov.uk/parking-response-2018

This issue will be discussed at the Town Matters Committee on Wednesday 25 April. Click here to read the report.  Our response has been delivered on consultation with Moss Naylor young Ltd.  Here is our response to Mendip FTC Car Park strategy response.

Mendip’s Cabinet meets on 21 May to consider these proposals.

We would urge anyone affected to let us know at info@frometowncouncil.gov.uk but also contact the District Council directly at  Chris.Loughlin@mendip.gov.uk