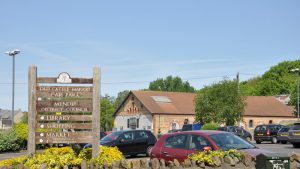 By now you will know that Mendip District Council have increased car-parking charges to include a new £2 all day Sunday fee. Car parks generate revenue; Mendip make almost £500,000 a year from Frome alone.  Removal of Government grants means that all local authorities will ‘squeeze their assets’ in future.  Other councils are soon to follow Mendip’s lead; expect more price increases in the next few years.

In Frome, the lack of on street parking is also a problem; while the car parks are mostly half empty during the week.  What can be done?  To find some answers Frome Town Council held a parking event when 55 members of the public had the opportunity to discuss general parking issues.  Concerns included the loss of parking spaces; the increase in charges; inconsiderate parking; inadequate parking enforcement and a lack of provision for deliveries and staff parking.

The meeting was largely positive and a number of solutions were discussed such as mobile apps like ‘Park in my Drive’; the possibility of park and ride schemes and residents’ parking permits.  Car share schemes; public transport; better cycling and walking facilities also offered some hope.  FTC will use the feedback to produce constructive recommendations.

Perhaps what we really need is a proper region wide sustainable transport strategy as well as a long-term plan that looks carefully into the future, rather than a simple imposition of higher charges as enacted by Mendip.

With all those empty car park spaces during the week, one question in particular interests me; “Why don’t Mendip issue more discounted season tickets?” There is a massive waiting list for these.  If Mendip increased the number of season tickets they would surely fill the gaps in their car parks and solve the on-street parking problem at the same time.  It’s just a thought.