FTC recognised as ‘Most Proactive Public Body’ in the South West

At a region-wide Green Energy Awards ceremony held this week (Tuesday) that was hosted by the SW’s leading renewable energy experts – Regen SW – Frome Town Council was voted the ‘Most Proactive Public Body’ in the whole of the South West . Frome was pitted against Plymouth City Council, Devon County Council and other local authorities from across the region and came out on top.Sporting the world’s first solar powered mayoral chain, Cllr Peter Macfadyen, the Independent Mayor of Frome, accepted the award and explained, “This award is all about the council and the community working as one in a common cause. We’re creating green jobs, green energy production and green transport opportunities. We’re reducing town wide energy consumption, energy costs and, perhaps most importantly, reducing overall carbon use. It’s kicking in at last!”

Frome Town Council’s Energy and Recycling Officer, Anna Francis, who is the only person in the country doing this type of work at town council level, added, “Frome is a real hub for environmental activity. In the next six months we will be working with local organisations to launch a solar powered electric / hybrid car club. We will be installing solar panels on a range of community buildings, including the Frome Medical Practice and Frome Town Football Club, through a ground breaking partnership with Frome Renewable Energy Co-op (FRECo) which will generate 200kw, saving 2,248 tonnes of CO2 over their lifetime and generating £268,000 for a community fund.

“We are also working with schools to empower students and staff to cut costs and carbon and have a team of trained energy volunteers who are helping fuel poor households to reduce their energy bills.”
Peter Macfadyen concluded, “It’s not just the council and the voluntary sector, we are working with the private companies to produce biogas and woodchip derived energy and a world leading large scale plastic recycling firm – Protomax.
“Our aim is for Frome to become a “One Planet Community.” 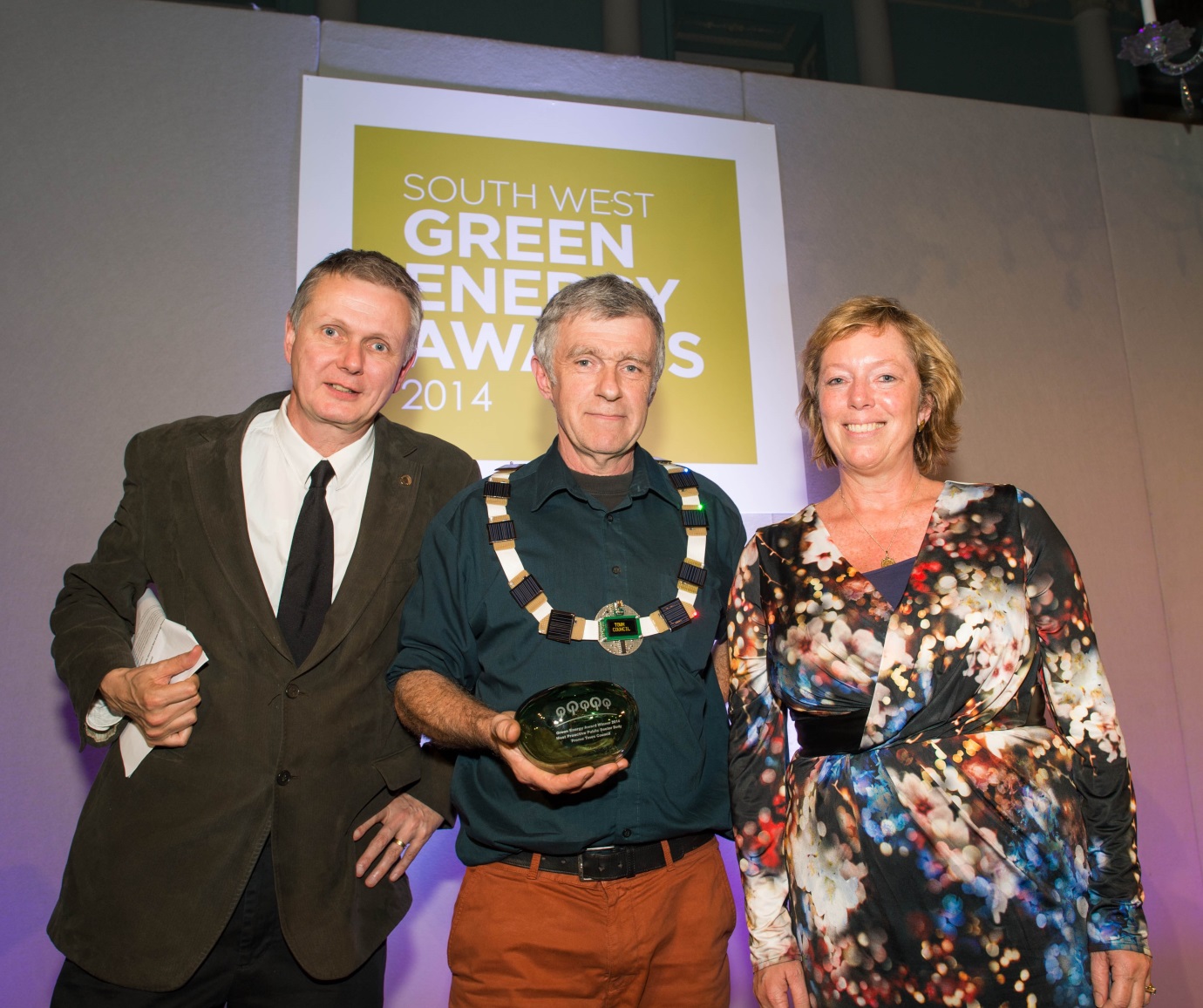