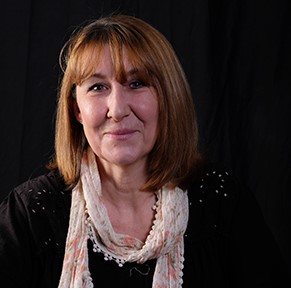 Tracey moved to Frome as a single mum, with a young child, intending to recover from life’s knocks and then move on. She loved it so much she’s still here, very much by choice, nearly 20 years later and thinks the only thing missing is the sea!

Brought up in the Midlands, she worked in theatre and TV for many years in London and since moving to Frome has worked in event-management, co-founded a comedy club and spent a year as a school TA. She now works in PR/marketing for local organisations, including The Merlin theatre, Buffalo Gals and Purple Elephant CIC, a charitable organisation, where she is one of the directors.

She loves live theatre – in the audience or on the stage – and is a firm believer that the arts enhance all our lives. She would love to see increased accessibility to the arts, and sport, for everyone.

Right now, her concerns are for the growing number of families struggling to meet basic needs due to increasing poverty; a stark reality in contrast to the media image often portrayed of Frome as a completely thriving and prosperous town.