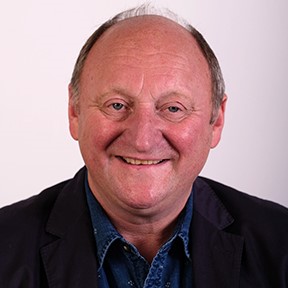 Mark’s family came to Frome in 1962, and he was educated at all levels in the town, including Frome Grammar School and Frome Technical College. After working in Hong Kong and at Cuprinol in Frome, he joined the Metropolitan Police in 1980. Initially thinking this would be for a short term he stayed with it and retired 30 years later. Mark’s family had remained in Frome and he returned as often as he could; which meant he followed the town’s downturn as industries closed and its’ resurgence in later years. Mark feels this gives him a balanced view, as both ‘old’ Frome as well as having been away and able to take an objective view.

In 2010 Mark returned to live in Frome full time. He always wanted to give something back so volunteered for Citizens’ Advice and then became one of the first trustees of Fair Frome. Through volunteering he became interested in the council and was elected to Market ward in 2018. Mark has served as Deputy Mayor and Mayor and has tried to reach out to all residents, rich or poor, old or new, not forgetting those in the middle. He is especially interested in encouraging residents to volunteer with one of the many excellent local organisations that exist to improve the lives of residents.